A splendid time was had by over 30 members at the annual post-Christmas dinner which was held on Friday 19th January 2018 at The British Aerospace Social club (Blackburn Leisure), Prescott Avenue, off Skillings Lane, Brough.  HU15 1BB

First: “Two Nemetode.org members (myself and Jim in Essex) managed to capture this, albeit just the early stages as it came in on a WNW trajectory over the North Sea.

UFO Orbit suggests a sporadic, with an absolute magnitude of -4.0 however given that the imagery does not include the later stages as it passed over the northern part of mainland Britain (which may have been brighter) this may be an under-estimate.

The Tisserand parameter is 2.59 suggesting that this object originated from a Jupiter Family Comet.

An “Alpha Hydrid”.  Going out over Cleethorpes and across the North Sea.

I have attached the images which may be of interest to HERAS members”  [ Ed: the four images for each event are in the picture gallery, under Ray Taylor ]

“Galaxy Zoo: From Penguins to Peas”

Prof. Chris Lintott (of the BBC programme “Sky at Night”) gave a highly entertaining and informative (and free!) public lecture at the University of Hull on Monday 3rd July.

Wilberforce College hosted a splendid a presentation by Michael Foale.

Born in Louth, Lincolnshire, Michael spoke about his many great adventures and achievements in space including a life of exploration.  This visit offered a unique insight into the drive and ambition behind his extraordinary life.

Some of Michael’s  many accomplishments:

6 trips into space on shuttle and Soyuz missions

Helped rescue the Mir space station when it was damaged

The transit of Mercury on May 9th 2016 was the main feature of the open day (and night!) at the newly refurbished and expanded observatory of our sister society, BLAS (Brough Astronomy.)  Around 50 or more people attended through the day, and eight telescopes were operating outside, plus there was a large live projected view inside the observatory - which has wheelchair access. There are pictures on the BLAS website… see the ‘links’ page!

There was a High Altitude balloon mission to the  ‘edge of space’ - 30 km altitude - on July 3rd 2017. Many Hull schools and other interests were involved, and we at HERAS were named and welcome participants.

There was a pre-launch interview/photos etc by our President, Dr. Michael Martin-Smith with Chris Arundel, Radio Humberside discussing this “pattie and chips” mission – the cargo chosen by the school pupils to represent Hull! Michael attended the launch. 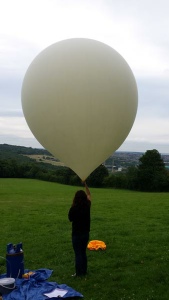 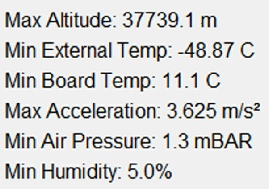